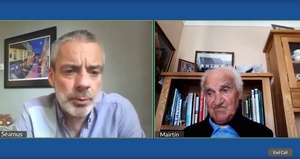 An Irish father and son ‘alone together’.

We are a group of Irish individuals on lockdown in Galway City, London, Buckinghamshire, Spiddal and Tenerife.

Together we have produced ‘Coronamona’, an online series using recorded Zoom calls between Seamus, a frontline health worker in the NHS in London and his Father Martin, cocooning in Connemara.

Written by Conor Montague, Seamus is played by myself. Martin is played by Peader O Treasaigh (top right), who for decades has been a stalwart of Irish language theatre, fillm and TV. This is his very first project in the English language.

We have just released episode 2 (above). We have generated over 1100 views on YouTube for episode one from just our own Facebook family and friends. It can be viewed here

This about a health service, understaffed and not adequately protected, it’s workers operating at great risk to their own health. The vulnerability of older people in lockdown. The requirement for connectiveness in a time of uncertainty. The healing power of storytelling. 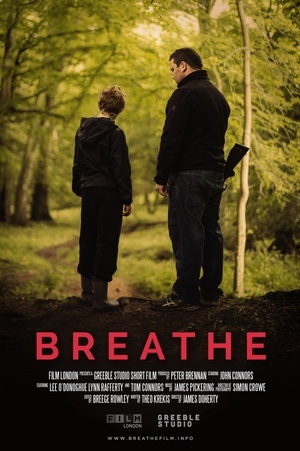 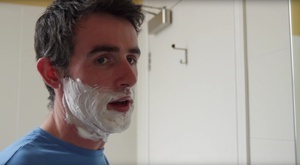 The First Cut Is The Deepest 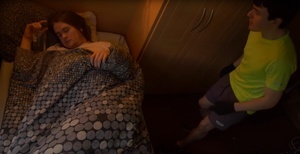 For Your Consideration: New Year’s Resolutions