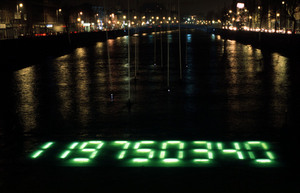 The Millenium Clock was unveiled on March 15, 1996 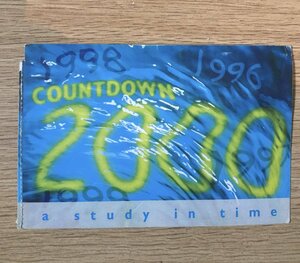 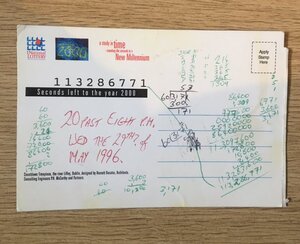 Who knows where the slime goes?

Rooting for something else I just found this postcard from the Millenium Clock. It was a digital clock floating beneath the surface of the Liffey and the idea was you could see how many seconds it was before the year 2000.

It cost 20 pence for the postcard and the space left when they took the machine away from O’Connell Bridge was soon filled with the fake bronze memorial to Fr Pat Noise who “died when his carriage plunged into to The Liffey”.