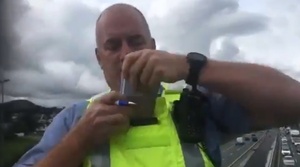 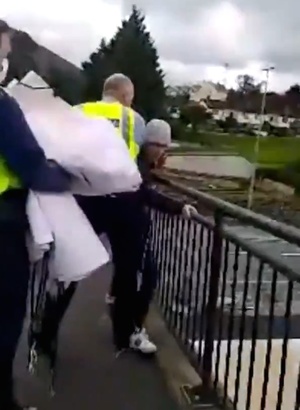 Leader of the 2020 Rising (coming 2021) Gemma O’Doherty maintains her infamous poise and dignity when asked for her name by a member of An Garda Síochána. pic.twitter.com/Xa2ia4PhBX

Gemma O’Doherty getting arrested this Evening. 2020 is back ! #GemmaODoherty pic.twitter.com/ddEch8rFep

A live streaming Gemma O’Doherty has an altercation with a Garda officer on a walkway over the N11.

Ms O’Doherty and others had been fixing banners on the bridge questioning aspects of the Covid-19 pandemic before Gardai arrived.

More as we get it/Fight!, etc.