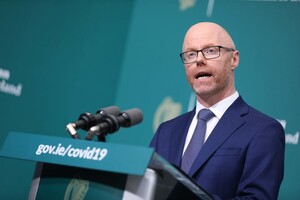 Health Minister Stephen Donnelly plans to introduce fines of up to €100 for people who break #COVID19 guidelines.https://t.co/XKCrJqyi1W

“I will be introducing legislation shortly which will add a table of penalties to the 1947 health Act, which essentially will allow for more appropriate measures: for example a €20, a €50 or €100 fine.”

“We would be looking, for example, with non-compliance on face covering wearings for example of having fines – it’s what other countries do.

“The current powers in Ireland, the 1947 Act, is unwieldy in this case”.

“We will be looking at bringing in a new schedule of fines, including for other compliance measures. 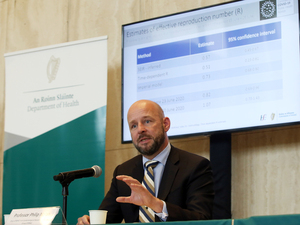 “If we’re going to be able to go to school and go to work … we’re really going to have to reserve our contacts for those settings,” says Prof Philip Nolan

Speaking on RTÉ’s Morning Ireland, Professor Philip Nolan, Chair of NPHET said limiting discretionary contacts over the winter is also necessary if we want to keep schools and workplaces open.

He was speaking after local restrictions put in place for Co Kildare in early August to combat a spike of coronavirus were lifted yesterday evening.

Prof Nolan said a national approach to limiting discretionary contacts “and not going wild and allowing the virus to transmit while we are socialising” is a better approach in the first instance than regional restrictions on movements.

Stop socialising outside of work.