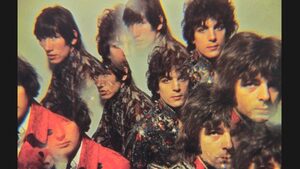 The only gig in the country! “Full psychedelic lighting and effects”. The Arc gig was a few weeks after Piper at the Gates of Dawn [Pink Floyd’s first album] was released…

Played Ballymena [County Antrim] the night before. Band drove to Cork, Roger [Waters] at the wheel, zooming down country roads, Gardai pulled him over and gave him a warning about how he could kill a kid. Rog said he never forgot it!

It Doesn’t Add Up