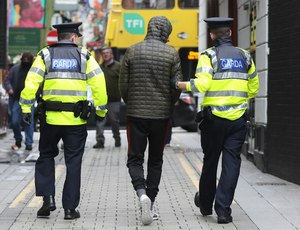 In 2015, the [Supreme Court] ruled that evidence obtained unconstitutionally could be admitted if a garda claims to have had no knowledge of the breach .

[The so-called “green garda/good faith” exception) in practice means that a garda can inadvertently breach a citizen’s fundamental rights, such as the right to privacy from the government, without there being any repercussions in relation to the evidence gathered.

….The Irish Council for Civil Liberties  (ICCL) commissioned a report on the impact of the new rule five years out from the decision.

As citizens in a democracy, we may well wonder whether the “real chilling effect”, strong sense of inertia and defeatism that JC has reportedly induced, are qualities we may wish for among criminal law practitioners. Rates of guilty pleas, according to the DPP’s most recent report, now stand at 92 per cent in Ireland.

“While several referenced a drive towards professionalisation of policing in recent years, there was also an acknowledgment that not all elements within the force adhere to high standards.

Is The ‘Public Service Card’ Legal?

4 thoughts on “The House Always Wins”