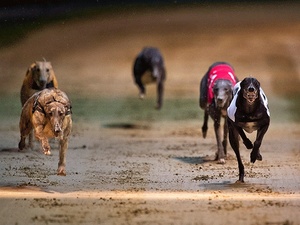 Dogs have loomed large over Green Party participation in government. In 2009/10, unexpected controversy was created with the passage of the Dog Breeding Establishments Bill. This bill wasn’t even a Green Party commitment. It had been introduced in the previous Dáil by then FIanna Fáil Minister Dick Roche.

A fault line was created between dogs and greyhounds, seen by many in Fianna Fáil as being a breed apart. Because of this it became necessary to introduce separate legislation to regulate the breeding of greyhounds.

This fault line also provided cover for some in Fianna Fáil to jump ship. This was the issue on which Mattie McGrath chose to stress his independence.

Animal rights and welfare have always been a priority for the Green Party. To the extent that other political parties have criticised The Greens claiming the party prioritised such issues over socially more important issues, such as the need to change our two tier health service, or the need to address access to housing for so many of our citizens.

Of course this isn’t, nor has it ever been true. Exaggeration and marginalisation are common tools of those in politics who seek to avoid change.

The other fallacious argument that has been used is that any attempt to regulate this sport/industry is a bourgeois attack on rural Ireland. Again not true.

Diminishing attendances at racing meets, along with a growing public distaste for the sport, shows that a majority also exists in rural areas opposed to this ‘sport’.

Traditional political parties in this country, Sinn Féin and Labour as much Fianna Fáil and Fine Gael, see in those who support greyhound related ‘sports’ an important cohort of their voters, hence the reluctance to challenge or seek to change the many unacceptable practices that are found in the industry.

In June 2019 the RTÉ Prime Time Investigates programme produced a stinging exposé of the greyhound industry. From training methods to the export of discarded dogs, the industry was shown to be an ethical mess.

This is a ‘sport’ that has evolved from the other non sport of coursing. The Irish Coursing Club continues to be an important part of how greyhound racing is administered. This of itself should be reason enough to remove funding.

Outside of the political reluctance to change, there now also exists an additional legislative barrier. Under legislation funding for greyhound racing is now linked to that of horse racing. An increase for one means a pro rata increase for the other. This puts both beyond the remit of normal budgetary processes.

The need to change this legislation was not agreed in the most recent programme for government. Given the positions of Sinn Féin and Labour I think it would be unlikely that a PfG of any alternative government would either.

What we can do and should do is better define government policy on all sport. State support should be based on direct participation, especially of young people, in a sport.

The use of animals in a competitive activity shouldn’t be characterised as a sport. It may have a cultural element but they lack of any of the cultural depth of music, theatre, literature or visual arts.

These are activities that exist purely for commercial gain. Without a State subsidy greyhound racing, in particular, would not survive.

There is not a political will yet to remove this subsidy. Within the next few years I believe there will be. Even the dogs on the street know that.

10 thoughts on “Dan Boyle: Gone To The Dogs”