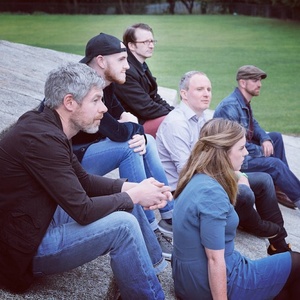 Reasons to be cheerful, part 2.

Just what we need to blow the winter blues away: a blast of shimmering electro-pop from The Crayon Set.

The third album from Robert Baker‘s Dublin-based band, titled Downer Disco, is due in the summer.

“The idea behind the band, as the name suggests, was for it to incorporate different colours i.e. musical styles, influences, musicians and for it to evolve with each album. And for it to be inclusive.

“So, I think it will be a life-long project and it means it can continue even if some members come and go. Although I am very reliant on the other crayons adding their magic.

“Moment is about depression and not giving up on life.”

So I Say Thank You For The Music