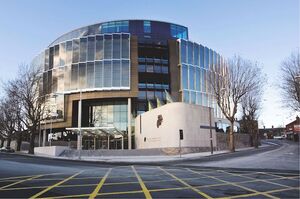 A 28-year-old man has admitted murdering an 11-year-old boy in the south of the country over a year ago.

Neither can be named owing to Section 252 of the Children Act, 2001 which prohibits the identification of child victims including a deceased child.

The man was arraigned before the Central Criminal Court today via video-link from prison.

He pleaded guilty to murdering the boy, who cannot be named because he is a minor, in the south of the country on 3 November 2019.

Furthermore, Mr Delaney said that there was a certain “family relationship” between the accused and deceased and as a result the accused man could not be named in the context of the location of the offence.

‘Allocated The Resources Of A Murder Investigation’