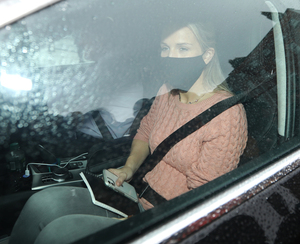 In the final episode of ‘Yes Minister’, the fictional Minister for Administrative affairs and party chairman, Jim Hacker, is faced with the difficult choice of backing one of two disreputable candidates to be the next Prime Minister.

His primary determining factor is what will the result mean for his career. While backing the losing side would probably see him being sent to Northern Ireland, Hacker concludes that the question facing him is not just one of picking the winner. As party chair his support could tip the balance, so Hacker feels he must ultimately decide whether he wants to be Foreign Secretary or Chancellor of the Exchequer?

Examining his options aloud in the company of Bernard Woolley, his civil servant private secretary, Hacker pronounces that neither job is attractive.

To become Chancellor is to become Mr. Killjoy, he says, as all he does is raise taxes on beer and cigarettes. Besides, as no new economic policy has any real effect for at least two years, Hackers opines that he would spend his first two years as Chancellor paying the political price for the mistakes of his predecessor.

As for becoming Foreign Secretary, Hacker tells his private secretary that is an even worse job. While the Government wants to be nice to foreigners, he knows the electorate, especially his voters would want him to be nasty to them.

Not to mention the fact that the British Foreign Office is now virtually irrelevant as Britain had no real power abroad and had just become a sort of American missile base since the 1950s. [Recall that this episode was first broadcast at Christmas 1984… a long time before Brexit]

Woolley asks the minister if hasn’t considered the third option. While Woolley is subtly trying to steer Hacker to putting his hat in the ring for the top job, the minister fails to see the bait, never mind bite it.

“Home Secretary? Don’t be daft, Bernard”… thunders Hacker… “Be responsible for all the muggings, jail breaks and race riots? Thanks a lot.”

Substitute the title Justice Minister for Home Secretary and you have a decent description of the potential pitfalls of being Irish minister for justice.

The office of justice minister has been in existence for as long as the Irish State. First as Minister for Home Affairs, 1919 -1924, and then as Minister for Justice 1924 – present, with the added responsibilities for law reform and equality added and taken away several times since 1997.

Doing a stint as Justice Minister is not a recipe for political success. Nor it is a way of going on to land the top job. Of the 38 people to hold the office over the past 102 years, only one has gone on to become Taoiseach afterwards, Charlie Haughey (though two serving Taoisigh briefly held the post for a few weeks, each in an acting capacity, – W T Cosgrave and Sean Lemass). Serving time as Justice Minister is just as likely to result in you serving time in Mountjoy (Ray Burke) as it is to propel you to becoming Taoiseach.

As Hacker concluded, more than almost any other ministerial office, becoming minister for justice puts your political fate in the hands of events. If this thought had not occurred to the 38th occupant of the office, Helen McEntee before she accepted the appointment last June, this inconvenient truth must surely have dawned on her soon afterwards, especially when she found the ticking parcel that was the appointment of Seamus Woulfe to the Supreme Court sitting on her desk .

Her handling of the saga was less than adroit. The suggestion from her Cabinet colleagues that the Taoiseach and Tánaiste government were reluctant to allow the justice minister answer opposition questions was damaging.

That impression was only exacerbated by government assertions that she had “answered questions” on the Woulfe’s saga at the Oireachtas Justice Committee, a claim which the Justice Committee rejected through a sternly worded rebuke from the Committee Chair, James Lawless TD to the Minister.

Though she came to the office with less experience than some of her more illustrious predecessors, Gerry Collins, Brian Lenihan Snr, Charlie Haughey, Ms McEntee did nonetheless come to it with an excellent track record as a hard-working and assiduous Minister for Europe. She also arrived with a reputation as a serious political player having beaten her ministerial constituency rival, Regina Doherty, in an extremely tough political battle.

Despite her faltering start, Helen McEntee arrived in the Justice Department with the potential to be one of few occupants of the office to leave it with an enhanced reputation.

For that to happen she must show that she can get control of the myriad of events that currently buffet her. To put it crudely, looking to two of her three female antecedents, will she be a Maire Geoghegan Quinn, or a Nora Owen?

Will she get ahead of events and be a reforming justice minister in the mould of MGQ, who decriminalised homosexuality in 1993, or will she be find herself overcome by events, only some of which were of her making, as happened to Nora Owen?

Though it is still early days, the evidence thus far is pointing to McEntee being more Owen than MGQ. McEntee’s slowness to act on amending the Children’s Act so that all adults charged with the murder or manslaughter of children can be identified, has confounded many.

She has had two Private Members Bills from Jim O’Callaghan TD and Senator Michael McDowell that rectify the lacuna in the legislation available to her since the beginning of November, yet it took three months, until last Tuesday’s RTÉ Primetime for her to announce that she would be proceeding with one of them.

Her response to the vicious spate of serious knife attacks and widespread bicycle thefts has not been any faster. Once again, backbench TDs, particularly on the government side, have been quicker to respond to the problem than the Minister, including the aforementioned Jim O’Callaghan who produced a Private Members Bill, the Firearms and Offensive Weapons (Amendment) Bill well over a year ago in June 2019.

As John Meagher reports, in his excellent article in Saturday’s Irish Independent Review supplement, knife crime is on the increase, and has been for over two years. Garda knife seizures increased by 13% across the first six months of last year, remember than this period included three months of lockdown. Even more alarming, one in six of the 2100+ knives confiscated by Gardaí in 2019 were seized from children aged 12 to 17, a 33% increase on the 2017 figure.

Her political woes do not end there. Writing in the Business Post yesterday, former HSE boss Tony O’Brien added to Minister McEntee’s to-do list, asking why she and the transport minister were not proactively involved now on the issues of passenger tracking and quarantine. The list goes on.

There is no doubting that Minister McEntee has the drive, intellect, and resolute work ethic to serve in senior ministerial office, even while preparing to give birth in May. This is not an issue of ability; it is one of political will and clout.

Past Ministers for Justice have discovered that taking charge of the behemoth that is the Department of Justice is a tough task, in even the calmest of times. Show any indecisiveness, uncertainty, or lack of political clout at Cabinet and you will soon have the department taking charge of, and ultimately overwhelming, you.

Minister McEntee is not very far away from permitting this to happen – whether it does, is up to her and to her Fine Gael colleagues at Cabinet.

8 thoughts on “Derek Mooney: Helen Must Be More MGQ Than Nora”