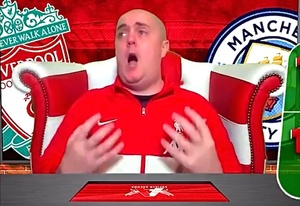 Calm Down, Calm Down

40 thoughts on “When You Walk Through A Storm”