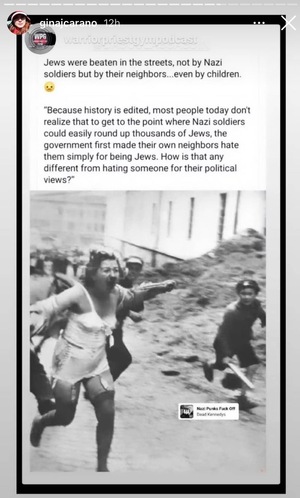 The Mandalorian actress Gina Carano has been fired by Lucasfilm and her talent agency UTA following a series of “abhorrent and unacceptable” social media postings: https://t.co/qUr1REkKGn pic.twitter.com/Bvozphv9lw

Learn her that will.

“I Know Writers Whose Works Were Suppressed By Their Publishers. And That is Very, Very Dangerous”

79 thoughts on “Can You Feel The Force?”