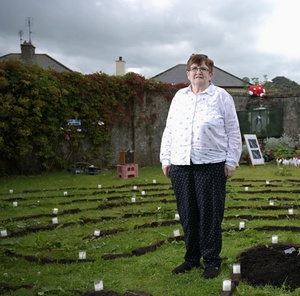 Each and every survivor deserves that their stories be told, heard and believed. To say “no evidence” when there are sworn affidavits otherwise is another slap in the face. I’ll leave Mammy’s story here. #motherandbabyhomes https://t.co/nzmAUoRcRY

Time is not a luxury that many survivors have, their justice needs to be now. If you have a relative who deserves that justice please don’t put off doing what needs to be done.

‘Anne was moved from one home to another, more often treated as an unpaid servant than as a family member. Her childhood was one of beatings, deprivation and loneliness. As she grew up, she experienced prejudice for being a “Home Baby” and even found it hard to find a partner locally…’

From a Would You Believe? documentary on Anne and the Tuam babies, RTÉ One.