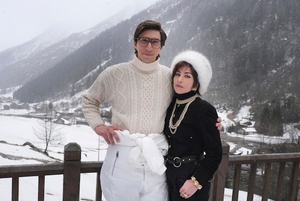 We’re feeling a bit bad for sweater king #ChrisEvans because he has been dethroned. It’s not hard to understand the appeal of his #KnivesOut jumper though: https://t.co/q6ILIj1A4x pic.twitter.com/nVIYXoWFDT

Previously: The Aran: An Evolution