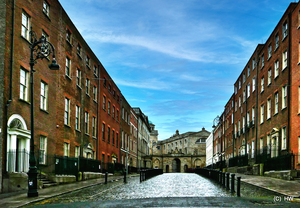 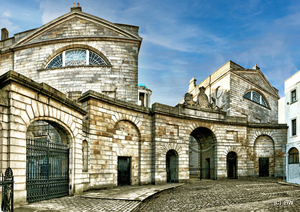 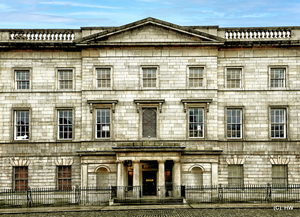 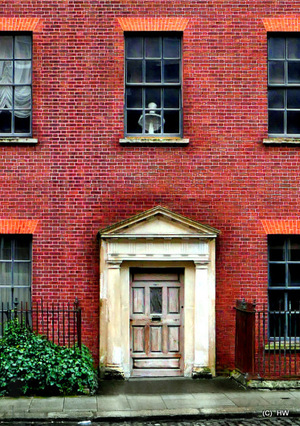 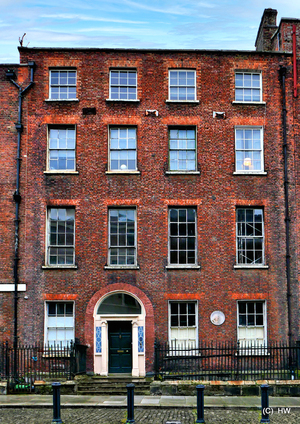 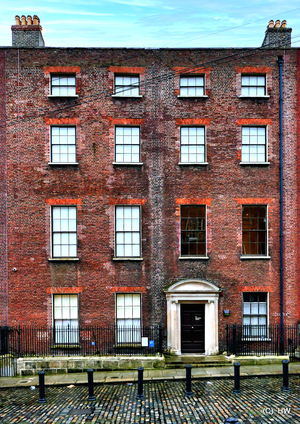 From top: King’s Inns and former tenement houses – including a museum at No. 14 (above), Henrietta Street, Dublin

The southside of Dublin has superb Georgian architecture in areas like Merrion square and Fitzwilliam square but the oldest and arguably the best designed Georgian street in Dublin is Henrietta Street on Dublin’s north side.

It has an elegant streetscape lined on both sides by fine Georgian mansions. The street itself is a cul-de-sac and it is capped at the top by the Honourable Society of King’s Inns buildings.

The King’s Inns were designed by James Gandon, construction began in 1795 and completed by his pupil Henry Aaron Baker in 1816. Henrietta Street has been featured many times as a location in TV shows and movies like Penny Dreadful, Foyle’s War, the Glenn Close movie Albert Nobb’s and John Huston’s The Dead to name but a few.

Number 12 has been used as a movie set and featured in over 40 different TV shows and films. Henrietta St is a favourite choice of period movie productions as it has the most intact collection of early to mid-18th century houses in Ireland.

Henrietta St was designed by Luke Gardiner. Work began on the street in the 1720s when mansions were built as homes for the upper tier of Dublin’s society. Gardiner a native of Dublin city, was an MP a treasury official and a wealthy speculative property developer.

In Henrietta St he designed a terrace of palatial townhouses facing each other across a broad street. It was once Dublin’s most exclusive residential address, being home to the country’s wealthiest and important figures from church, military and government.

Gardiner himself lived at number 10 in a house designed by Richard Cassels in 1730. Due to the Archbishop of Armagh owning a house on the street, the street became popularly known as Primate’s Hill. Later the bishop’s house along with two others was demolished to make way for the building of King’s Inns. The street was named for Henrietta, Duchess of Grafton whose husband was Lord Lieutenant of Ireland at the time.

The main rooms of the houses that were used for entertaining and living in was on the ground and first floors, these floors have the highest ceilings and highest windows. The servant’s rooms and the bedrooms were on the top floors.

All of the houses have a history to tell. The aristocrat Lady Kingsborough hired the proto feminist Mary Wollstonecraft, the mother of the author of Frankenstein, Mary Shelley, to be the governess of her daughters in Mitchelstown Castle, Co. Cork.

In February 1787 Wollstonecraft accompanied the Kingsboroughs to Dublin, living in 15 Henrietta Street. She later wrote in a letter home that the ‘wild Irish’ Kingsborough daughters, aged fourteen, twelve, and six, were ‘unformed and not very pleasing’, but she was pleased with her Dublin residence, “I have much more convenient apartments here,” she wrote. ‘A fine schoolroom and the use of one of the drawing rooms where the harpsichord is and a parlour to receive my male visitors in’.

After the Acts of Union 1800 came into force in 1801 uniting the kingdoms of Great Britain and Ireland, Dublin lost its status as a capital, the country lost its own parliament and all power was transferred to London. Having lost its authority as a centre of legislation the upper echelon of Irish society now spent most of their time in Regency London and Georgian Dublin lost its grandeur.

During the 19th century the wealthy moved to the suburbs and their once elegant Georgian mansions were carved up by rapacious landlords and abandoned to the rent-paying poor.

For most of the 19th and 20th century it was a rundown tenement street. Each house was terribly overcrowded. Poor families and their malnourished children lived in squalid conditions resulting in rampant sickness with many children dying in infancy. Tuberculosis was a major disease. In Dublin alone, it killed more than 10,000 people a year, more than half of them children.

By 1901, Henerietta St. was home to 141 families, consisting of 897 people, on a street of only sixteen houses. In the mix were fish mongers, apprentice book binders, general labourers, corporation labourers, plumbers and housekeepers. By 1911, over 100 lived in one house.

At number 10, the Sisters of Charity ran a laundry housing more than 50 single women inside. Nineteen families comprising of 104 people resided in number 7. Among the 104 people who shared the house were ‘charwomen, domestic servants, labourers, porters, messengers, painters, carpenters, pensioners, a postman, a tailor, and a whole class of schoolchildren.’

Eventually in the latter days of the 20th century the residents of the tenements were rehoused and the dilapidated buildings were vacated.

Today some of the Henrietta Street buildings continue to need restoration but many houses have been restored. Their restoration is beyond the scope of this article but suffice to say the entrepreneurs, the voluntary and civic bodies involved should be supported.

When the pandemic restrictions are lifted, I would recommend a visit to Number 14 Henrietta St. It is an excellent museum that tells the story of the 300-hundred-year history of number 14 from its palatial Georgian origins to its time as a tenement, its occupants and of Henrietta St itself.

So, if you find yourself in that part of town reward yourself with a stroll up Henrietta St and in your mind’s eye you will find it very easy to be transported back to the vintage days of Georgian Dublin.