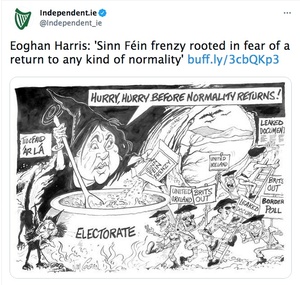 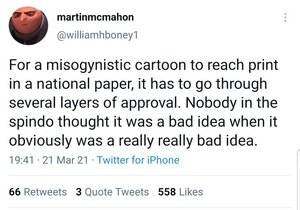 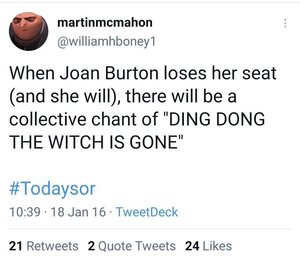 Sinn Féin frenzy rooted in fear of a return to any kind of normality Eoghan Harris, Sunday Independent)

Mary Lou McDonald responds to ‘cartoon’ depicting her as a witch (Buzz.ie)

Where Were You On March 23?

27 thoughts on “Eye of Newt And Toe of Frog”