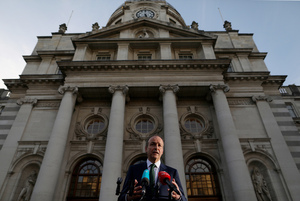 Much as I would prefer not to think about it, it is impossible for anyone with an interest in politics not to see yesterday’s Red C, Sunday Business Post poll as a seminal political moment for Fianna Fáil.

Ironically, for a poll that will be viewed as a landmark, the movements it records are quite small. I am sure this is something from which Taoiseach Micheál Martin will try to draw some comfort. Fianna Fáil’s latest 2% drop is within the margin of error and it is not in itself massively statistically important – except, it is yet another step bringing the party back down at its lowest ever point.

The party has recorded 11% in Red C polls before. Last October was the last time. The time before that was… well, never. Its lowest previous Red C rating was the 14% of early 2011 that provoked Micheál Martin to challenge Taoiseach Brian Cowen saying:

Martin’s Fianna Fáil is now in a worse situation than Cowen’s Fianna Fáil was back in 2011. That is saying something. The party, by which I mean the parliamentary party, the ministers, TDs and Senators, is sitting idly-by, watching its support ebb away.

People who less than a year ago would have been described as core supporters are turning away in such a gradual and steady stream that Fianna Fáil is now in third or even fourth place across most demographics. Even among the cohort with whom the party still does best, voters over 65, it actually doesn’t do best.

To the small remaining group of Martinites who say that this still just a phase and that such dire ratings are to be expected when people are so angry over the lockdown and slow vaccine rollout, but that things will start to change come April… May… or June, I say, stop it.

They are right when they say people are seething. People are infuriated at the lack of joined up government thinking. They are frustrated by the slow vaccine rollout. They are furious at the months of lockdown while we leave the airport back door swinging open. They are incensed at mixed signals and political jockeying among the government parties. But their dissatisfaction isn’t hitting the whole of government, it is targeted on one side only, Fianna Fáil. So, the collapse is about more than lockdowns and a faltering vaccination plan.

It is not unfair to point out that the people inside Fianna Fáil who are saying that things will get better for Martin’s Fianna Fáil, are the same folks who were saying last May and June that Fianna Fáil needed to be in government because that was the only place where it could turn its fortunes around and recover from its 2020 electoral drubbing.

It is not a view I supported back then. I explained here, many times, why I didn’t agree, but I accept it was a respectable position to hold. The problem is that it was a position that had its origins in a political past that is now long gone. It failed to take account of what had happened in the decade before and how politics had been changed forever by time and events.

There is an interesting parallel situation that helps make the point. Just after we had our February 2020 election, Israel had its March 2020 election. It was its third in two years. It has just now had its fourth election in three years and given how inconclusive that has been, a fifth one seems a distinct possibility.

By the way, this is not the parallel I am attempting to draw. In March 2020 veteran Israeli leader, Benjamin Netanyahu was fending off a serious challenge from the centre-left, Blue and White alliance led by former Israel army chief of staff, Benny Gantz.

Gantz’s broad alliance had a single uniting goal, to put Netanyahu and his Likud party out of government. The result saw Netanyahu’s Likud gain slightly, rising to 29% compared with 26% for Gantz’s alliance. Gantz had vowed to form a government that would not include Netanyahu but then reversed his stance after the election saying he was willing to join an emergency government to tackle the Covid-19 pandemic, even though that was under the leadership of the man he vowed to replace.

He and Netanyahu agreed a rotating premiership to last three years, with Bibi going first. It barely lasted one. Within weeks of entering government and doing the very thing he had told voters he would never do, Gantz’s support plummeted. His Blue and White alliance came apart, seeing its parliamentary strength fall from 33 seats to just 8 in the latest election.

The moral of the story – don’t go into an election with a firm and clear promise to do one thing and then do the opposite afterwards and not expect to pay a big price.

Though his rolling Confidence and Supply agreement with the outgoing Fine Gael minority government was blurring the distinctions and confusing many voters, Micheál Martin still went into the Feb 2020 election with a clear message: vote me in to put Fine Gael out.

It was explicit. He said it several times over, including at this good-humoured Dublin 8 media doorstep where Martin says,

“…the message I’ve received loud and clear is that people want a new government, they want a change of government and that involves Fine Gael out of government.”

So, what happens now?

Not a lot, to be honest. To return to a point I made here some weeks ago, we should not expect to return to what might be termed normal politics while there is some form of lock down in force. Or, until the HSE finally manages to put together a sustainable and deliverable plan to vaccinate people in large numbers all day, every day.

The political fallout from the ongoing decline in Fianna Fáil’s fortunes won’t begin to find its full expression, never mind its resolution, until the party’s TDs and Senators can meet together a single room. Then Micheál Martin’s political fate will be sealed. He will not be Taoiseach come 2022, never mind be Tánaiste in 2023.

As I explained two weeks’ ago, it is quite possible that Leo Varadkar won’t be Tánaiste in 2022 either, but that’s a separate – though not entirely unrelated – matter. Yesterday’s Sindo interview with Justice Minister, Helen McEntee will have made for interesting reading in Greystones and other parts.

Micheál Martin will doubtless put a brave public face on the latest poll slip and discount its significance, just as he has discounted all opinion polls since that January 2011 one that spurred him to action. But he has also been around politics a long time. He understands political momentum. He knows that this is only going one way.

Yes, he holds the considerable advantage of incumbency. He has control over how internal elections are run, particularly when they are run virtually, but that can only hold the dam until his parliamentary colleagues can meet in person and do what they are going to do.

Curiously, this is where the hope for his remaining leadership lays. Once Martin has come to terms with the reality that his time as Taoiseach is finite and can be measured in weeks, he might finally do what people have been asking him to do for months: lead.

Unburdened by possessing the urge to please many, but the knack of pleasing few, he could seize the reality of being leader of a party whose support can still fall further and tell people that he sees what they are enduring. Tell them that he knows how they are struggling to cope with months of continuous Level 5 and that he will change the regulations to reflect the lives they are daily living, not the ones that theoretically exist in NPHET’s modelling.

He could go further and announce a move to deferring second doses (along the lines I have suggested) and a seismic speeding up of the vaccine roll out.

The alternative is to sit tight and imagine that everything will somehow sort itself out. Some political situations do resolve themselves. Watching your political support fall to record lows, is not one of them. Besides the HSE has already called exclusive rights on the “it’ll be alright on the night” approach.

The Taoiseach will not be facing the voters again as a political leader, but he understands history and knows that he only has a few remaining weeks to secure his place in the history books.

It is in everyone’s interests, not just his party colleagues, that he takes that opportunity – and soon. 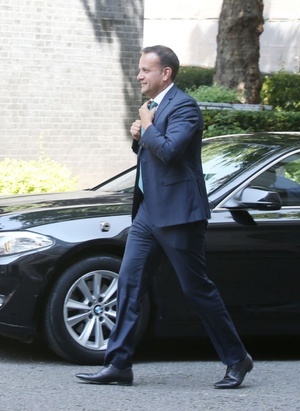 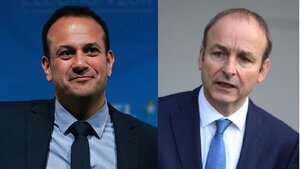 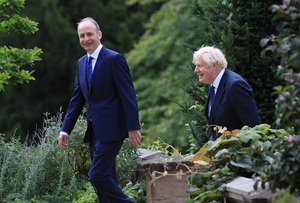 11 thoughts on “Derek Mooney: Time’s Up. But It’ll Take Some To Play Out”