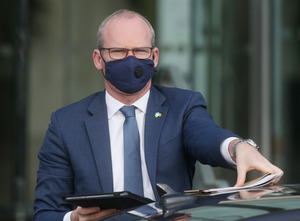 Further to Department of Health plans to expand the Mandatory Hotel Quarantine scheme to include 43 additional countries, including the United States, France and Germany….

“There are a lot of concerns about our capacity to (increase the number of countries) in the short term. We need to think through the implications of that.

“It is one thing having a couple of hundred people in two or three hotels being managed by a contractor and the Defence Forces and working with the Garda Síochána and the Department of Health .

“It’s quite another thing having thousands of people in hotels which would have the implication of expanding this to lots of countries particularly EU countries where there are a lot of Irish people.”

Minister for Foreign Affairs Simon Coveney in an interview with Highland Radio this morning.

Hotel quarantine should not apply to countries where many Irish live, Coveney says (Irish Times)

7 thoughts on “Not Our Own”