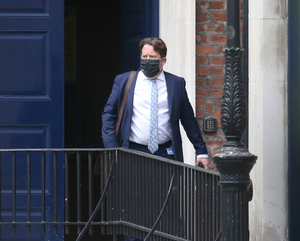 “We cant let ideology get in the way of pragmatic policies or let the perfect be the enemy of the common good.”

The Housing Finance Agency (HFA) will borrow, say, €200,000, in the taxpayer’s name, and give it as a loan to an Approved Housing Body (AHB) on a low fixed interest for a 30-year-term.

The council will deliver a cheap, serviced site. The AHB will build a home and then rent it to a taxpaying family at €1,200 euro per month, indexed linked, which means the taxpayer could pay €450,000 over 30 years.

A €200,000 mortgage could cost that taxpayer €300,000 over the 30 years with interest increases [AIB 5 year fixed]. The Government has yet to decide how or even if the AHB will repay that loan…

We can’t let the perfect be the enemy of the good in solving our housing crisis (Darragh O’Brien, Independent.ie)