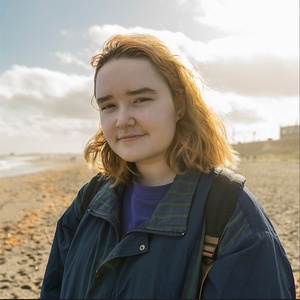 Let’s hear it for the ‘boi.

Introducing Greystones, County Wicklow’s new star of indie bedroom pop, Smoothboi Ezra (top), who charms the pants off us with the title track off their forthcoming EP.

The press blurb describes a true pioneer, who prefers to use the pronoun ‘they’.

“They offer an often overlooked take on emotional relationships, as Ezra is writing as a person who is gender non-binary and on the autism spectrum. They are helping people who don’t often see themselves represented in the media to hear themselves in music and to know that there are songs which speak to their experience.”

“‘Stuck’ is a song about being in a relationship with someone you care a lot about but you know it’s not going to work out. It’s an unsaid mutual agreement that you can feel the relationship ending but you’re both waiting on the other person to end it.”