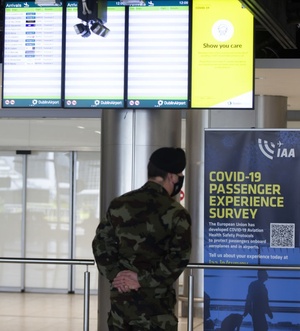 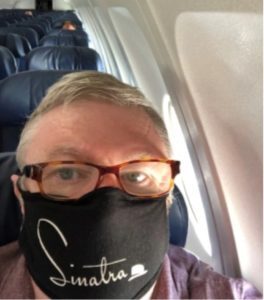 It has been about eight months since I recounted my experiences of travelling to Spain during the pandemic. Needless to add, like the vast majority of us I have not been travelling since. That is, up to last week.

The airport staff, the airline crew and the other passengers were extremely careful, cautious and prepared. There were a few bothersome aspects, but none so trying as to be worth commenting on here. The one area on which I will focus is testing… primarily because arranging and securing tests – particularly PCR tests – is not cheap and not always easy.

Long story short – while the journey itself was not too difficult, the bottom line is this: while my return flight to Spain for 3 nights via Ryanair cost about €250, the PCR tests required to make that journey costs €400 for PCR tests. By the way, the gap between the first PCR test and the last one was approx 9 days.

This is for three PCR tests: the first to be able to get on a plane in Dublin to travel to Spain, the second to be able to return to Ireland, and the third test to allow me to reduce my period of self- isolation/quarantine to just over 5 days. This third test is discretionary, but opt not to take it and you must do the full 14 days of self isolation.

Bear in mind that I am fully vaccinated. I have had two doses of the Pfizer vaccine, the first at the end of April and the second, four weeks later, at the end of May.

I fully back being vigilant in trying to stop the spread of Covid, especially new variants, but if the competent health authorities here in Spain feel it is sufficient for an Irish person to be fully vaccinated in order to arrive in Spain, then why would the Health Authority which is responsible for vaccinating me determine that I may only return home to Ireland and a potential 14 day self isolation if I produce a PCR test. Why not an antigen test?

Getting a full PCR test while away is not difficult, but neither is it easy. I had to book my appointment before I left. I did it through a private hospital that is approx 15km from my parent’s home here. Unfortunately, the hospital’s App is not designed to be used easily with non Spanish mobile numbers, so verifying my details in advance was complex and took a few days of trial and error before leaving to get it right.

I mention this, as most of the other non Spanish who were at the hospital for their PCR tests found that they had to return to the hospital the following morning to collect their results in person, on paper, meaning two return taxi journeys rather than one. A cost element I haven’t factored into my €400 estimate for PCR tests.

It is also worth mentioning that even those who had pre-booked their PCR tests still had to queue for over 1 hour, despite having an appointment. The test itself takes barely 30 seconds to conduct, but there were so many walk-ins for tests that the whole pre-booking system was overwhelmed.

Luckily, as I was able to get the App working fully in advance of travelling I was able to get my results on the App within about 8-10 hours of having that cotton bud rammed through my sinuses to the point that it touched the roof of my skull.

While I’m talking about Apps, the Spanish Health authorities have produced an excellent Spanish Health travel App and website. I mentioned this last time I wrote about going there.

It is easy to use, especially the English language version. It is neat, self explanatory and streets ahead of the online Passenger Location Form produced by the Irish Department of Health. While the Irish form requires you to show Irish passport control staff an email when you get to the desk, the Spanish one gives you a QR code – which you scan at a reception desk operated by the local health authority in the arrivals area, just beyond passport control.

The Spanish have wisely separated the requirement to check your passport and check your locator forms. The Irish have decided to hand the two important tasks to just one person.

So, while the Spanish official can then see your full details on screen, including where you will be staying while in Spain, plus your vaccination/test status, the Irish passport official gets a quick squint at your phone screen to see an email in your inbox.

Doesn’t seem quite as efficient, comprehensive or even reassuring as the Spanish system, does it?

This is not a comment on what Dublin Airport staff and management have put in place, it is purely confined to the absence of an Irish health staff presence, unlike their Spanish counterparts.

I do want to note the professionalism and attention of the Ryanair staff, particularly their airside team at the departure gate. They were meticulous in checking every passenger’s Covid documentation and cross referencing it against their passports. They did it efficiently, but also in a relaxed way that didn’t irk people who were already a little anxious about travelling. This calm professionalism was also on show by the security and customs staff at the Airport.

It looks like I will have to travel again in either late July or early August, though I would much prefer not to – for a variety of reasons. Hopefully the EU’s Covid travel system will be up and running by then, both for the sake of Irish passengers, who find that the price of their flight is only 40% of the cost of their journey, but even more so for the countless thousands of Irish airline and airport staff who must surely be wondering when will someone in government will start to show some concern for the security of their employment.

When A Misspeak Is A Truespeak