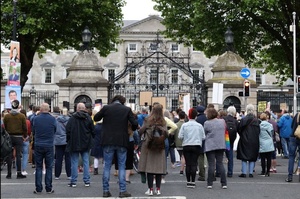 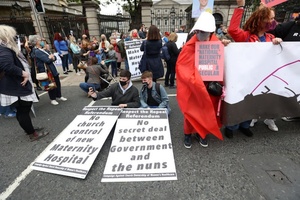 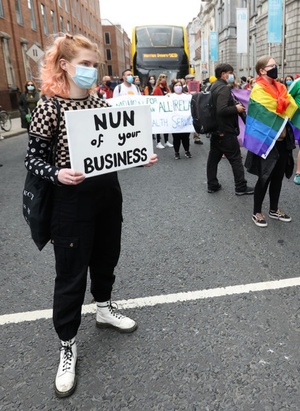 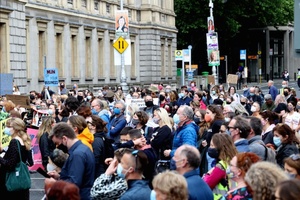 Protestors campaigning against the Catholic Church owning the new National Maternity Hospital outside Leinster House and government buildings after It emerged that the religious order that runs SVHG, the Sisters of Charity, would retain ownership of the hospital.

We, the consultants of the National Maternity Hospital, are concerned by the potential for misinformation and misunderstanding to delay a vital project to create a world-class maternity hospital for the women and babies of Ireland.

The misinformation that services at the new maternity hospital will be curtailed by any religious ethos is particularly troubling given its inaccuracy.

We want to reassure women and their families that all obstetric, neonatal and gynaecological care within Irish law is currently being provided at Holles Street, and will be provided in the new hospital. This will include terminations, tubal ligation, transgender and assisted reproduction services.

We as clinicians could not countenance any restriction on our practice based on religion.

A cast-iron guarantee in this regard is included in the proposed operating licence to be granted by the Department of Health for the new hospital, and we would not allow the project to proceed without this in place.

Any further delay in approving this project damages the interests of the mothers and babies who are grossly ill-served by the existing cramped NMH campus which is not fit for purpose, with buildings that are almost 90 years old.

It would be a tragedy if the current impasse further delays a colocation project that was first raised back in 1998.

We acknowledge the difficult journey and huge work to date by all stakeholders and we urge that time and space be given to continue their work to find a resolution to the current impasse.

‘Symphysiotomy Has Never Been Promoted By The Catholic Church’

Waiting For The Vatican

Maidens At The Crossroads