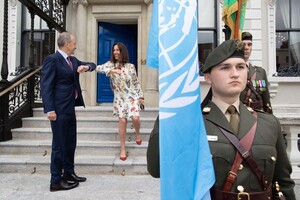 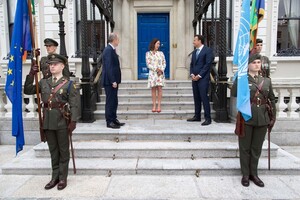 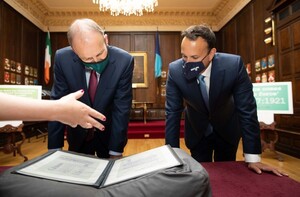 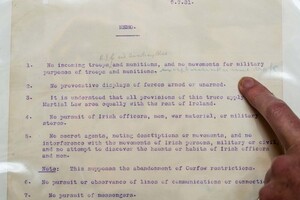 Taoiseach Micheál Martin accompanied by Tánaiste Leo Varadkar and the Lord Mayor of Dublin Alison Gilliland visit a display of items to mark the 100th anniversary of talks that would lead to the end of the War of Independence, including a typescript memorandum (above) with the proposed terms that came into effect on 11 July 1921.

What the UN and EU flags are doing there – other than demonstrating a dependence – is anyone’s guess.