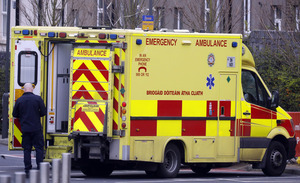 ‘I am getting extraordinary abuse for this tweet (above). For the record, it’s government data. If I’m going to be vilified for interpretations of it I didn’t make I might as well give my actual interpretation of it. I think there are broadly four possible explanations for these figures:

1. Scary delta – more cases, more hospitalisations
2. Vaccines aren’t having much of a national impact
3. Vaccines are harmful
4. People are finally returning to hospitals and those increased numbers are being miscast as Covid cases when they’re there for something else.

I’m mostly number 4. I think 2 is true insofar as there is no *sign* of the vaccines having a national impact in any of these figures. That impact might exist but it isn’t visible yet. I see nothing substantial to support 3 at this time. As for number 1, Delta is commonly said to be less virulent and our increased cases are said to be mainly among the young. So do we think all these extra cases in hospital are unvaccinated young people? I don’t think so.’

Did you expect this time last year that most people would be double vaxxed but still measures in place, almost impossible to travel, masks in shops, supermarkets and transport, and fear all around?

30 thoughts on “A Wicked Month”