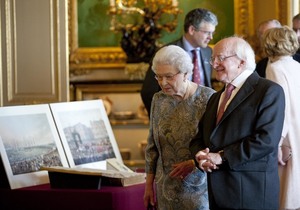 Áras an Uachtaráin has not explained why President Higgins will not be at the service.

A spokesman for President Higgins said he is not in a position to attend the ceremony.

It is understood that the President’s attendance had been expected at the event.

In a statement, the churches leaders said the service of “Reflection and Hope” will mark the centenaries of the partition of Ireland and the formation of Northern Ireland.

They said it was being held to contribute towards the work of building community and deepening relationships.

A spokesperson for Archbishop Martin said they had no further comment on the President’s attendance at the event.

Beneath The Dignity Of The Office

19 thoughts on “But, They’re Expecting You”