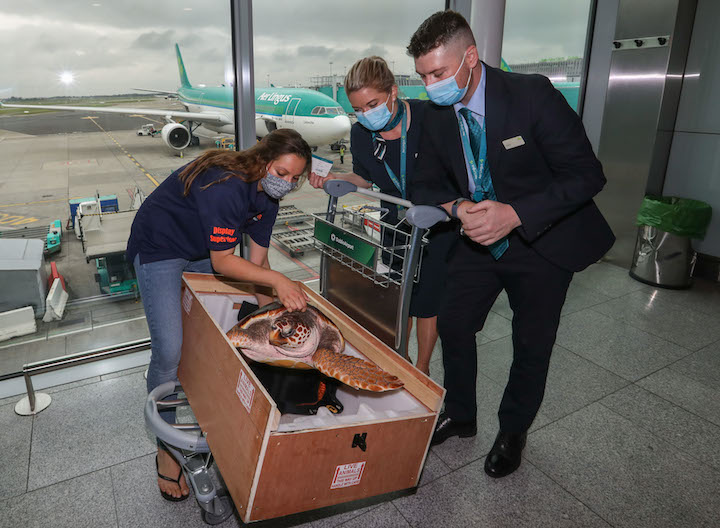 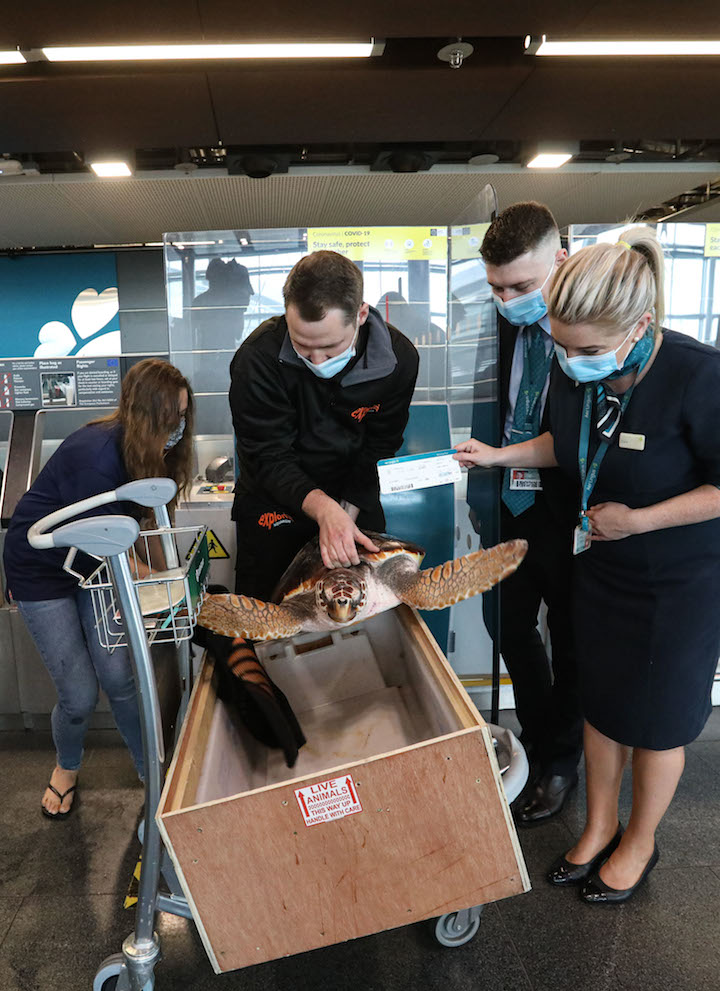 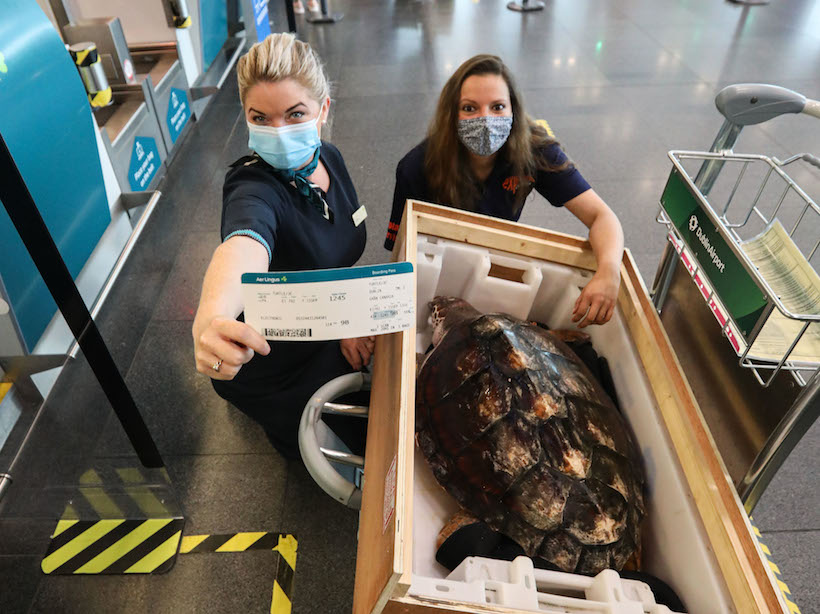 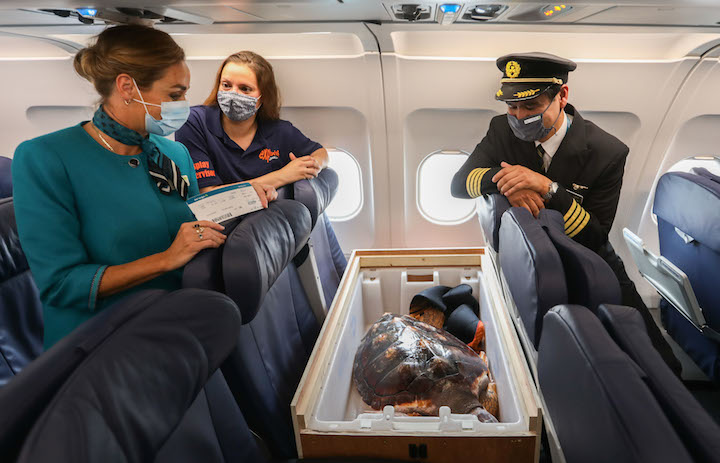 JC was discovered on a Donegal beach in January 2019, just 9 months old, suffering from hypothermia and malnourished. Today, 3 years old and weighing 25KG, JC will travel in a specially designed crate in the Aer Lingus cabin to a wildlife sanctuary in Gran Canaria where he will be monitored closely over the coming days before being released into the sea. Loggerhead turtles are an endangered species and thrive in a warm climate.

Turtle, rescued as a shell-shocked baby, jets off to Spanish sun (RTE)

13 thoughts on “Turtle Through The Air”