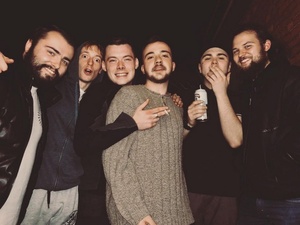 Then you’ll love Dublin five-piece Motion Control who sound like the square root of The Clash and Rage Against The Machine.

“Like most live acts during the off-time, we all found it hard to find the motivation to put plans together but after 6 years it’s hard to let it all just fade into nothing. After the positive response to the release of our single ‘Sick Memories’, the band are set to release our latest single ‘Alice’ sometime before the new year.

“’Alice’ will be available across all platforms with a list of potential gigs to be announced in November/ December following the return of live music to venues.”

Nick says: I second that Motion.