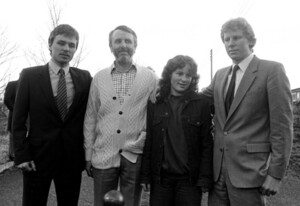 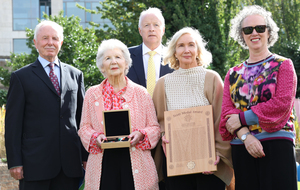 From top: Businessman and kidnap victim Don Tidey (second left) and his children following his release on December 17, 1983; Above from left: Don Tidey; Mother of Garda Gary Sheehan, Margaret Sheehan, Gary’s sisters Grainne and Jennifer and Martin McAviney (at back)

At a ceremony to award deceased, retired and serving members of An Garda Síochána with Scott Medals for bravery were the family of Garda Gary Sheehan, who lost his life helping to free kidnap victim Don Tidey.

Mr Tidey, a supermarket executive, was kidnapped outside his home in Dublin in November, 1983 and held captive for 23 days by an armed IRA gang before he was rescued by the gardaí and Defence Forces.

3 thoughts on “In The Line Of Duty”