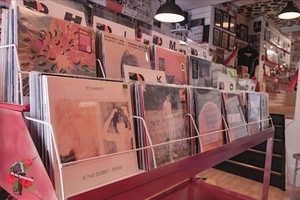 As we all dust down our autumn sweaters, it’s the season for a voucher-less music sesh.

This week, I want to know: What’s your favourite song whose title or lyrics mention trees or leaves.

Lines MUST close on Saturday at Midday.

Please include video link if possible.

Last week, we asked you to name your favourite song whose title or lyrics refer to dreams.

Otis Blue‘s entry won my esteem, as he enthused:

“Bonus marks for soundtracking the nightmarish ‘Beer at Ben’s’ scene in Blue Velvet (1986) in which a ‘fkn suave’ Ben played by Dean Stockwell serenades Frank Booth played by Dennis Hopper.”

Nick says: Well done, Otis Blue and thanks all.