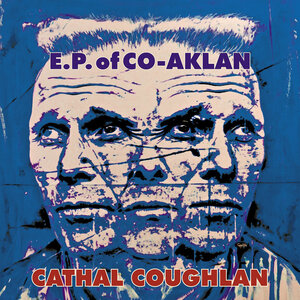 Scare in the community.

“The theme of “Tangerine” is the extent to which an ancient festival of remembrance and comfort such as Samhain has had its worth parlayed right down to little more than a colour code and some Disney visual tropes through the heart-free steamroller that is Capital.

“The last few years, especially since the start of the first wave of the pandemic, have shown that a lot of the cushy assumptions we were encouraged to adopt in regard to prosperity, the purpose of paid work, and the “guarantees” made by the modern capitalist society to the citizen can ring hollow in the face of something as dumb as a killer/maimer virus that won’t just give up when it’s told that the public is getting bored with it.

“At the same time, the trinket-selling business of capitalism goes on, hoping that the same old annual or weekly cycle of consumption will remain alive. This can mean anything from chain coffee shops on streets which used to house only independent businesses, to greeting card shops which somehow have to keep the lights on in times of little cheer.

“And so Hallowe’en inevitably rolls around. Once quite a sombre and spartan matter of children’s treats and games, the whole planet has been pressed to adopt the North American way – house “decorations”, horror movie rentals and of course a dedicated set of greeting cards.

“There’s no time to stop and reflect that 2020, especially, was a time of greater bereavement than usual, much of it concealed by lockdown circumstances. No slack cut by the tat hacks. This by-rote pageantry of the seasonal tat for trademark Hallowe’en serves only to mock this true suffering, and by extension, I’d assert, most genuine human feeling at a time when the course of history is perceptibly altering.”

The video is directed by Marry Waterson, of the legendary Waterson folk dynasty.