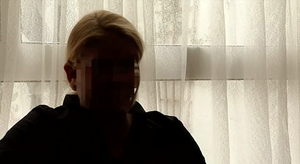 US journalist Irvin Muchnick posted a video containing footage from an RTE Prime Time episode – originally broadcast on January 12, 2006 – in which then reporter Clare Murphy tracked down former Irish Olympic swim coach George Gibney in Calistoga, California and confronted him.

It also includes testimonies of some of Gibney’s victims.

Readers will recall Mr Muchnick’s ongoing efforts to secure Gibney’s immigration file from the Department of Homeland Security, under the Freedom of Information Act, in the US.

The review was made possible after a Supreme Court decision that initiating the prosecution against Gibney infringed his right to a fair trial.

The swimming coach was granted a visa during a visit to the United States in 1992 – seemingly aided by a Garda character reference – a year after people who had been abused by him started to speak up and organise themselves.

But he remains in the States.

The revelations about his 1992 visa and 2010 citizenship bid have previously been revealed by Mr Irvin.

In the Prime Time footage above, Ms Murphy stated:

“While George Gibney may be notorious at home, his US record is squeaky clean, however local police take his presence so seriously that the area’s FBI field office has been informed.”

“Prime Time’s throwaway line that Gibney had a “squeaky clean” record in America is debatable.

In 2015 Commander Dave Pickett of the investigations bureau of the police department in Wheat Ridge, Colorado, gave us the following statement:

‘On September 20th, 2000, the Wheat Ridge Police Department was notified that an alleged sex offender named George Gibney was living within our jurisdiction.  Detective Lila Cohen investigated the situation.  Detective Cohen contacted the reporting party (RP) who was the president of an accounting company that employed Gibney.  Detective Cohen was told that:

* The RP had fired Gibney the day prior

* The RP had discovered concerning information regarding Gibney on the Internet

* Gibney may be a coach for the North Jeffco Swim Club

She also advised that the Wheat Ridge Police Department had no indications of specific allegations in Colorado.

Because there were no allegations regarding any crime in this jurisdiction, no investigation outside of notification was done.’

“Jill McGranahan of the Arvada police then told us of an incident from five years before Gibney’s employer reported him to the Wheat Ridge police:

‘The APD investigated this allegation, but was unable to establish that a crime had occurred.  Shortly thereafter, the APD learned that Mr. Gibney was no longer employed by North Jeffco.  The APD had no other involvement in this matter.’

“Many people, in and out of law enforcement, in Ireland and the U.S. alike, have had Gibney on watch lists, formal or otherwise, for a long time. The missing piece remains the revival of the 1990s prosecution of him in Ireland.

“The original prosecution collapsed thanks to a Supreme Court statute-of-limitations ruling that is not, to put it mildly, destined to go down in the annals of thoughtful jurisprudence: one of the sitting justices, Susan Denham (later the chief justice), did not recuse herself even though she was the sister of Gibney’s lawyer, Patrick Gageby.

“Nearly a quarter of a century later, it is time to bring the Gibney nightmare to a close. It is time for the Irish Garda’s Director of Public Prosecutions to move purposefully on the call of Maureen O’Sullivan, a Teachta Dála (member of Parliament), to reconsider both the old criminal charges against Gibney and the many new ones on which information has emerged since he first got off the hook.

“It is time for the American legislators most closely associated with awareness of sexual assault in general, and statutory solutions for the widespread problem of amateur sports coach sex abuse in particular, to step up to the plate and assist TD O’Sullivan in these efforts.

“The legislators I have in mind include Senator Dianne Feinstein and Congresswoman Jackie Speier.

“Finally, it is time to hold accountable whoever in the American swimming establishment might have been responsible for enabling Gibney’s long safe harbor here.

“The ugly truth is that George Gibney is no longer just another name in the half-buried history of the dark side of youth sports. He is, officially, a two-nation affair of state.”

In 2006 Investigation on Ireland’s RTÉ TV, See George Gibney, Man Without a Country — Watched by Many But Prosecuted by None. Can That End Now? (Irvin Muchnick, Concussion Inc)

Previously:  The Chief Justice, Her Brother And How George Gibney Got Away 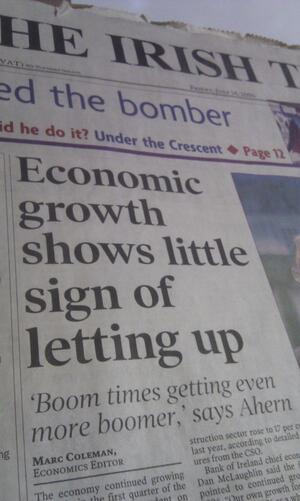