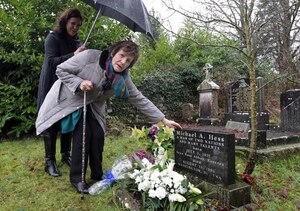 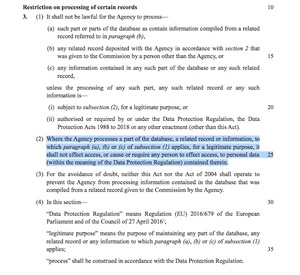 From top: Philomena Lee and her daughter Jane Libberton in 2014 at the graveside at Sean Ross Abbey, Roscrea, County Tipperary at a private memorial for her son Anthony Lee (Michael Hess) who was lost to her by forced adoption in the mid 1950s; The new bill which denies access for children adopted or trafficked from Mother and Baby homes access  to their files;

The Department of Children and Youth Affairs has released the text of the Commission of Investigation (Mother and Baby Homes and certain related Matters) Records, and another Matter, Bill 2020.

The bill, which allows for the deposit of all files secured from the religious orders to be handed over to Tusla, will make it illegal to let children born at the homes view their own files.

‘To the people to whom this information pertains, in first instance, the survivor – is not entitled to that information themselves, yet a third party, i.e. a Social Worker sitting opposite them can open their record and in front of them deny access.

Privacy rights (of birth mother) trump right to identity. Take the case of Philomena Lee looking for her son (whose name she did not know) while at the same time he, Michael Hess had travelled to Ireland in the hope of being reunited with his mother. Not just the state but the religious order in Philomena’s case, kept them apart during his life.’ 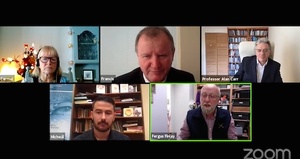 The panel discuss ‘Facing the future together: Discussing Ireland’s lifelong responsibility to the survivors of institutional abuse’, a repoirt compiled Christine Buckley Centre for Education and Support, Barnardo’s Origins, Caranua, One in Four, HSE National Counselling Service, Right of Place Second Chance and Towards Healing.