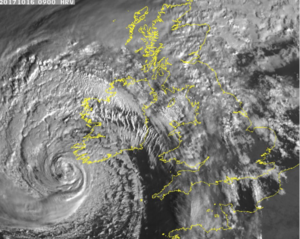 It’s being reported that a woman, in her late 70s, has died after a tree or large branch fell on her car near the village of Aglish in West Waterford.

She was the sole occupant of the car.

Damien Tiernan, of RTE, reported in the past few minutes.

“I understand it’s a woman… She was in the car and a large branch or section of a tree fell on the car and went through the windscreen.” 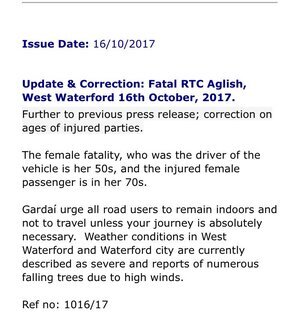