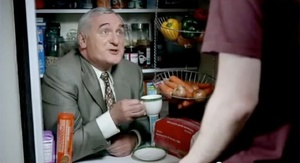 FORMER TAOISEACH Bertie Ahern has said he believes he would have “done all right” in the presidential election but for the decline in the popularity of Fianna Fáil.

The ex-Fianna Fáil leader is now predicting that the Fine Gael candidate, Dublin MEP Gay Mitchell, will win the presidency.

Mr Ahern famously denounced his Fine Gael opponent in the Dáil as “a waffler” in December 1994, but he now describes him as a “good friend” who is “in the driving seat” to win the presidential race.