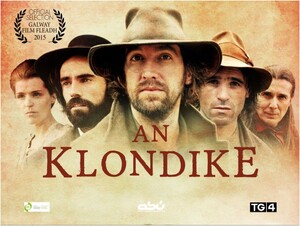 The first western to be made in Ireland (in and around the Glengowla mines in Oughterard, Co Galway).

A fantastic result for all involved (I wasn’t involved by the way!). On the TG4 website [link below], the show is available on the Player for another 3 weeks, cut as four episodes. It is also available cut as a film (poster top). Might be worth mentioning if people are looking for something good to watch.