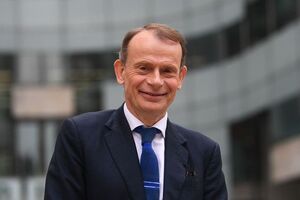 Personal announcement. After 21 years, I have decided to move on from the BBC.l leave behind many happy memories and wonderful colleagues. But from the New Year I am moving to Global to write and present political and cultural shows, and to write for newspapers 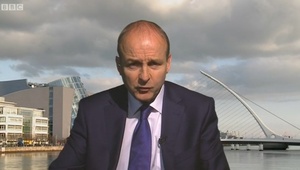 The Andrew Marr Show on BBC1.

Andrew Marr: “Let me ask you about your relationship, you mentioned Boris Johnson.You weren’t terribly complimentary about him at the McGill Summer School about this time last year. You said:

‘Anyone in Dublin who met Boris Johnson during his time as Foreign Secretary will tell you the many ways in which he failed to show the slightest level of understanding about the operations of the Good Friday Agreement. don’t think anyone can credibly say he has thought through how he can promote property and reconciliation in Northern Ireland.’

Have you had second thoughts?”

Martin: “Well, I was very heartened by our discussions in terms of trying to reset the Irish-British relationship post-Brexit, which I think the Prime Minister is keen on doing and I was particularly taken by that and we are both committed to the necessity of doing that in a post-Brexit scenario.

Earlier: No Turning Back