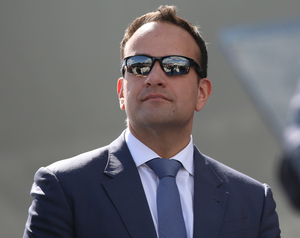 “I think that has an impact on people’s mental health and not in a positive way.”

He said politicians have to expect “a certain level of abuse” if they are willing to put their picture up on lampposts.

“That is often reflected online. It’s worse online and on social media because people can use the cloak of anonymity. To me, that’s cowardly but that’s the way people behave,” he said.

The book outlines how Mr Varadkar brought a team together to make his bid to succeed former Taoiseach Enda Kenny as Fine Gael leader. It describes how the campaign’s social media strategy was devised.

The book says: “At one point, Varadkar floated the idea to one TD of creating anonymous accounts to make positive comments under online stories on popular news websites. It’s unclear how far the proposal was pushed.”