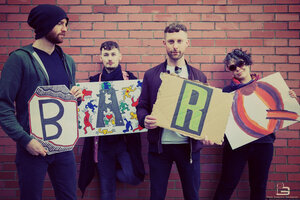 01. It seems remiss of us to have not mentioned Dublin aggro-soul outfit BARQ by this point in the column’s existence. We’d like to apologise for this oversight.

02. Releasing debut single Gentle Kind of Lies in March, the band have seemingly exploded onto the wider Irish music picture in the second half of last year, including a near-complete collection of independent festival appearances in the summer and prominent Spotify playlisting.

03. Streaming above is their first extended-player, covering all of their singles released last year. Pay-what-you-want download, also.

04. They’re heading on a full tour of the country alongside HAWK and Harbouring Oceans in the latter half of this month – full rundown here.