My mountian bike was stolen this evening, was in secure underground carpark, double locked in Donnybrook.

Please keep and eye out, if you could RT and encourage your friends to do like wise. Details in photo.@GardaTraffic pic.twitter.com/HYUIQd18gf 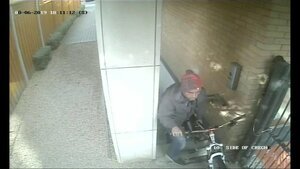 This theif stole my bike from apartment building in Donnybrook last week. Do you recognise him? I’d really like to have a chat with him.

Do you know this bobble-hatted bike half-incher? 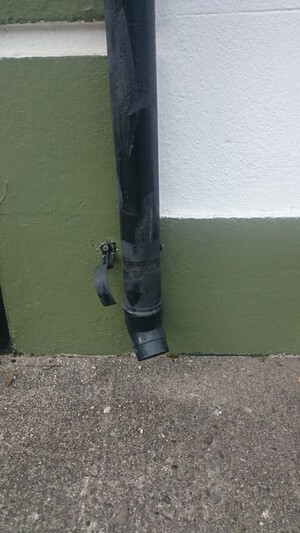 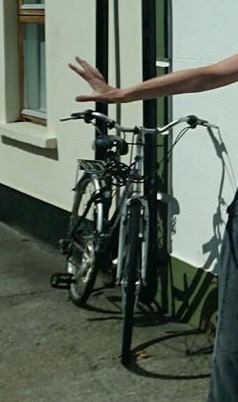 Questions as old as time itself.

Who breaks a butterfly upon a wheel?

And what sort of person nicks a “clapped out, girl’s bike”?

Someone stole my bike.To the thieving bottomhole who spent several minutes disconnecting the drainpipe from the wall in order to slide the lock down – for that is how it was done – I have one question. Why?

Why did you steal my fupping bike? It couldn’t have been planned, because if you planned to steal a bike, you would have picked a better one than mine. My bike is a heap of shit. But it’s MY heap of shit and I need it to get around. Besides, I’m pretty fond of it. I know you’re not supposed to get attached to stuff, but my bike was a great buddy. We went everywhere together.

It’s not a great looker, but it has character and is extremely reliable. And except for this morning, it’s always been there for me, so I was really upset to find it gone. I stupidly looked up and down the road in case I’d left it somewhere else, or maybe hoping that you, the thief, got bored and abandoned it. But no, you stole it. And I want to know why?

My bike is a bottom feeder in the style stakes, deliberately so in order to deter arseholes like you. I went with what is clearly now a flawed theory that there’s always a better bike than mine to steal. If someone is trading in stolen bikes, then they’d target the cool and valuable ones, no? So again, I ask you, why did you steal my bike? It meant more to me than it could possibly mean to you. I need it. I travel around town on it. I cycle to Trinity and to yoga classes and to pubs – I’m a pure hippy dippy nerd and I need my bike because it’s the cheapest and easiest way to get around. OK, it’s fun too. But do you need it? What do you need it for?

If you need a bike long term, you really can get one cheaply enough (without going to a bike fence and buying someone else’s stolen bike). Did you need it to get somewhere in a hurry? If you’d knocked on the door, I’d probably have loaned you the bike. Hell, if you had a good enough story, I’d probably even have given you the bike. I’d hate to see anyone stuck. Like the way I’m pretty much stuck now without my bike. So why did you steal it? Is stealing bikes your business? Will you sell it on? Who buys clapped out bottom-of-the-range girl bikes?

My bike has an old Tesco bag on the saddle, held in place by an older scarf, because the saddle never really dried out, and you’ll be half way into town before the tell tale squishy damp seeps through and soaks your bottom. Will this crime really pay? I get why greed and / or need pushes people into crime, and I see how people are tempted by big bucks. If a banker makes an illegal euro on every €1000, it’s still a crime and I know it filters down to affect us all, but it’s kind of removed.

Stealing my bike is as personal as it gets, and I’m really mad. Even with the new brake pads you’d be lucky to get €100 for my bike. Is that really worth it? If you think stealing my bike is a good economic investment, then not only are you a thief – you are a stupid thief.

I know people will say I’m stupid for locking my bike to the drainpipe, but why shouldn’t I? The lock (and yes, it was through the back wheel, not just around the saddle) is just a token deterrent. I didn’t get complacent. That’s how I had it locked all summer, and up to now I thought – who’d want to take my bike? Is it so wrong for me to think like that? The problem is not me – or how I lock my bike. The problem is you, and why you – for you are the thief – stole my bike?

That’s why I’m mad as hell. You have forced me to think of the world as being full of thieving bottomholes. Now I have to mind things I really have no value on, because I need them. You didn’t just steal my bike, Mr Thief, you stole my faith in humanity. Right now, rogue bankers are safer with me in a small room than you, the thief who stole my bike. And I was pretty mad at rogue bankers.

A word of warning. If you’re reading this, and you’ve bought a bike that’s too cheap to be true, then you are almost as bad as the thief. Almost. I accept you distance yourself from the theft emotionally – and this piece is a prompt that your distance is false and cultivated, but, ethically you are still an accomplice to the theft of my bike. I know my bike, and if I see you riding around town with a wet bum- I’m going to turn my yoga mat into a very unyogic lassoo and aim it at the spokes. Consider it karma.

Better still, if you’re reading this and you are the thief who stole my bike last night, could you please bring it back? Just leave it outside – hopefully no-one will steal it. I want my fupping bike back. And I still want to know why you took it – so feel free to leave a note. I’m going out for a walk.