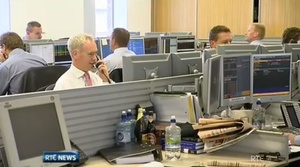 My brother and I were watching RTE news about Ireland returning to bonds. At 44 seconds he noticed there was a shot of a desk with 2 bottles of Bulmers nestled amongst a couple of bottles of water. Sweet product placement. 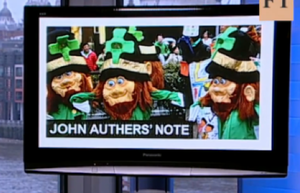 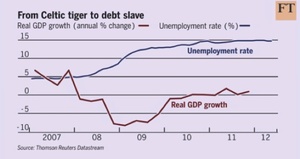