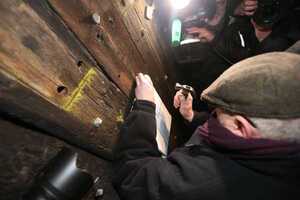 Here we blame the bank and not the borrower. Banks have to comply with a complicated and bureaucratic Mortgage Arrears Resolution Process – proposed incidentally by an expert group of which I was a member. We place all the responsibility for solving mortgage arrears on the lender. We absolve the borrower of all responsibility saying that they are in arrears “due to no fault of their own”. We throw our hands up in horror at the very mention of the possibility of repossession.

The result? While most people have continued to pay their mortgage, a minority have exploited the situation. When these people realised that there was no effective sanction for not paying their mortgage, they tried to get away without paying. Some 30,000 people have now built up over two years of arrears. Some of these have done their best to pay what they can, but many of them have taken advantage of the lack of any effective sanction and made little effort to pay.

Well-meaning debt campaigners have done these borrowers no favours whatsoever as they have just encouraged the borrowers to avoid reality and to delay facing up to their problems. They have given these borrowers false hopes of debt write-downs. If these borrowers had addressed the problems early on, many could have got back on track. But many have now left it too late and will lose their homes.

I would imagine that the vast majority of people support the household charge and other taxes, even if they don’t like paying them.  But the protests by the vocal minority who oppose them get a lot of attention. How would those of us who support the charge campaign in its favour? Here are some ideas –
Maybe organise a day in mid March “Pay your Household Charge today”
Issue stickers “I have paid my household charge”
Help relatives and neighbours who don’t have internet access to pay online.
Put up posters.

Alternatively, you can repeatedly play this video of Brendan from 2008:

Bryan Dobson: “You advise people on what they might do with their money…Irish bank shares are down to what they were in the mid-1980s, is that a buying opportunity?”