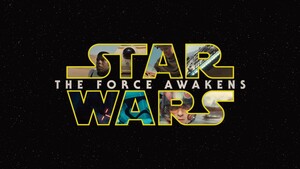 It’s no exaggeration to say that Star Wars: The Force Awakens is the most anticipated movie of the year. Nearly 40 years after John Williams’ majestic fanfare first blasted out over that iconic logo, and Star Wars has become so much more than the sum of its parts.

It’s not just a movie franchise, but an intrinsic part of popular culture. Friendships have been built and broken on the strength of minor plot points. We thought that we wanted more movies, but then we got the prequel trilogy. After getting it so wrong before, director J.J.Abrams has just one more chance of getting it right.

There’s an indefinable quality in that opening crawl of yellow text disappearing into the blackness of space that transports us back to a seminal moment from childhood. But we’ve been here before and things didn’t turn out so well.

Thankfully, this time taxation and trade disputes are out, and old-fashioned “good vs. evil” simplicity is back in. During the 30 years since the events of Return of the Jedi, Luke Skywalker (Mark Hamill) has gone AWOL.

The rebellion is now the resistance, and Leia Organa (Carrie Fisher) is a general, not a princess. The New Order has stepped in to take up where the Empire left off, but the bad guys are still reassuringly British (and, it seems, obscenely wealthy). The adventure begins with yet another little droid carrying vital information. And Han Solo (HarrisonFord) is still a scoundrel.

With the exception of Ford, the returning cast play second fiddle to the younger newcomers. The fact that Daisy Ridley, John Boyega and Oscar Isaac can actually act eases the transition immeasurably. Boyega is particularly impressive, and Ridley will be of vital importance to future instalments.

The dialogue is free from any of the blatant clangers that characterised George Lucas’ tenure. Abrams and screenwriter Lawrence Kasdan (Empire, Jedi) have crafted a story around character rather than spectacle.

One sequence moves organically into the next with a cause-and-effect rationale rather than the sense of moving pieces around a board through lumpen exposition. There is more than one revelation on a par with “I am your father” along the way, and Abrams doesn’t hold back from shaping events of enormous consequence. The finale points to a nicely dark Episode VIII for incoming director Rian Johnson.

The stark difference between Abrams and Lucas is no more apparent than in the action sequences. A Lightsaber duel is brutally primitive instead of a hyper choreographed blur, and even during epic battle sequences, shots are at least twice as long as the norm for a mainstream blockbuster. This has a rather unfamiliar effect of, you know, actually being able to follow what is happening to whom and where.

There had been a degree of apprehension that Abrams might dip into the same box of tricks he used for the hyperactive Star Trek reboot, but to his credit he makes no attempt to leave his own stamp.

Abrams has made a Star Wars movie that treats the prehistory with a level of respect that Lucas would find incomprehensible. Forget the prequels; you only have to look at his treatment of the original trilogy since its release to see how much he misunderstands what made those movies work. $4bn could wipe out the national debt of Luxembourg, but it was a small price to pay to keep Lucas out of the room.

One of the many problems with the prequels was that they were (horrendously poor) movies intended for children, but scrutinised by resentful grown-ups. The greatest success of The Force Awakens is that it makes you feel like you’re eight again.

No doubt in the coming days and weeks a growing chorus of naysayers will start nit-picking over minute details and voicing their disappointment. But I won’t be one of them.

It’s difficult to overstate just how right Abrams has managed to get this. There is more energy, integrity and heart in 20 minutes’ worth of The Force Awakens than there was in the entire prequel trilogy. It’s damn-near perfect.