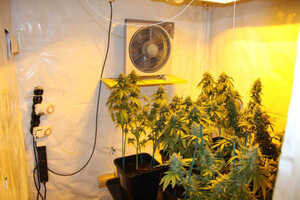 In early 2012, a woman approached a Vietnamese grandmother and offered her a stable job in Europe as a nanny. The grandmother accepted, delighted at the possibility of earning enough money to pay off her heavy debts and support her family.

But she had been tricked. Instead of taking care of children, she says she was kept as a slave in a marijuana-growing operation on the outskirts of Dublin and forced to care for the weed plants. According to her lawyer, Aine Flynn, the woman was starved, had her documents confiscated and was threatened with violence by the men in charge if she disobeyed. She was arrested in November of 2012, during a police raid, and has been in prison awaiting her sentence ever since.

The Vietnamese woman – whose name is being withheld because Flynn is requesting that the High Court in Ireland grant her anonymity as a human trafficking victim – is just one of hundreds of trafficking victims, mostly from Vietnam and China, being forced to work as “gardeners” in marijuana-growing operations across Europe, human rights groups claim.

Grainne O’Toole, MRCI’s [Migrant Rights Centre Ireland] project coordinator, told me the police have been “finding people locked into cannabis grow houses in squalor conditions, malnourished, not receiving any money for what they were doing and living under threat”. She said that even though the police are trained in human trafficking, they still do not identify them as victims.

MRCI is currently reviewing 21 cases in the Irish courts believed to be possible instances of human trafficking and not drug crimes, O’Toole said.

Immigrants are being kept as cannabis slaves in Britain and Ireland (Rachel Browne, Vice.com)