I’ve decided that even though I may have grounds to win the appeal I’m not going to take it to CAS! I wish the 4×4 success at #london2012 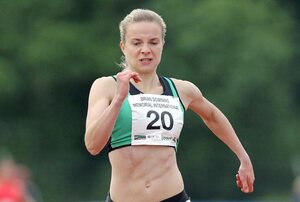 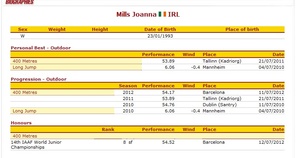 The fastest Catriona Cuddihy has run this year is 54.59.

This is also her personal best.

Catriona is in the team. Joanna is not. 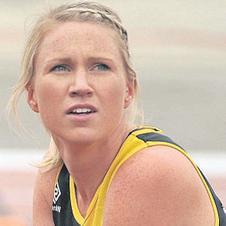 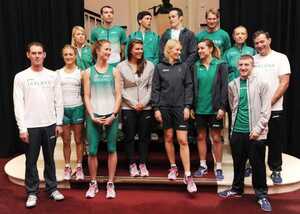 You’re a young girl and you love to run, to race, and to win. It’s not necessarily an ego thing – it’s a personal, lung-busting pleasure of becoming the best that you can be at something. It almost validates you, to a frightening degree.

You manage every hour of your time, you make huge sacrifices, you prime your body over years. You watch older athletes improve, break records, win major championships and you feel inspired. Inspired to follow their lead – and compete in the biggest event of all, the Olympics.

It only comes once every four years. So there’s no time for messing about. But there’s also no time for being messed about – which is why the Irish women’s 4 x 4 relay team you’re-on-team-no-you’re-not-on-the-team-oh-maybe-you-are-on-the-team fiasco is a disgrace.

Athletics Ireland announced Catriona Cuddihy, of Kilkenny City Harriers, was chosen as a member of the six-member squad. Joanna Mills, of Ballymena & Antrim AC, appealed that decision and Cuddihy was then dropped – four days after she modelled the Irish kit (above).

Now Cuddihy is appealing this appeal and a decision by the Olympic Council of Ireland is due on Monday  – five days before the London Olympics begin. How is this fair to either of the girls involved?

And what about the other four girls – surely this is unnecessary stress and distraction as they get ready for possibly the biggest race of their lives – not to mention fulfillment of their dream.

Granted four will only actually race on the track but that’s not the point.

Catriona’s sister Joanne, who is on the relay squad and will also run the 400m flat as an individual, was right when she said a few weeks ago: “The relay (situation) has been heart-wrenching for her and for absolutely everyone on the team, it’s just been unfair. ‘m just a bit baffled by the whole thing. So many things should, and could, have been done differently. The way it’s happened has just been cruel.”

Mills’ coach Ian Neely said: “The AAI have shown themselves to be amateurish — they made the mistake and now they’ve wrecked it for two girls instead of just one.”

I would argue they’ve wrecked it for more.