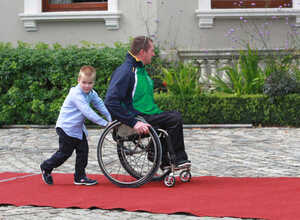 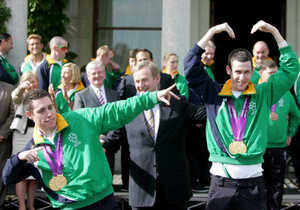 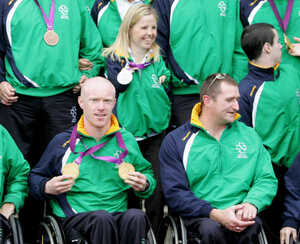 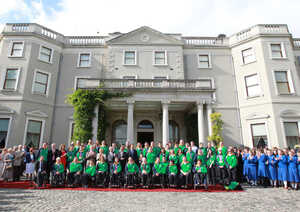 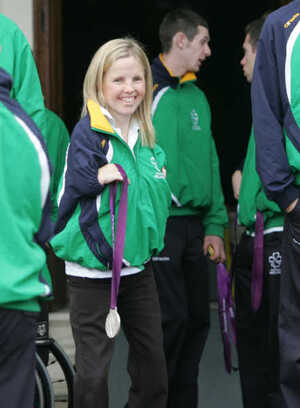 Team Ireland, from the London 2012 Paralympics, at the Phoenix Park, Dublin, within the last hour. From top: Roy Guerin and his sone Nathan, 5; Michael McKillop and Jason Smyth (left) with Enda; Mark Rohan; group shot, and Catherine O’Neill. 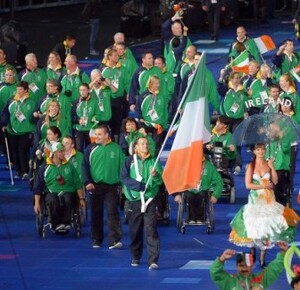 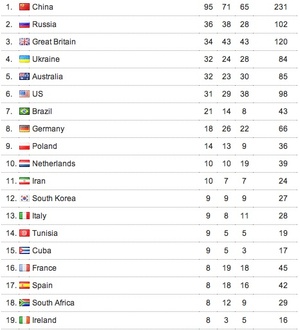 “We have a talent ID event running on Oct 13 in UCD and that is based on a model we ran after Beijing in 2008. That was a day we expected about 50 people with disability to turn up and try out all the sports, meet the team and the coaches, but 400 people turned up, with very little promotion or coverage.
At least six of the athletes who competed in London turned up at the open day four years ago and one of the great stories from that day was Anne Marie McDaid, who came in with MS and hobbling on crutches. She was struggling with mobility but got into our programme quickly, got heavy sports science and medical support over three years, and now walks 3km to 5km a day free of assistance. That gives her great quality of life and she is now a Paralympian because of it.

…I just hope now they are home that the guys get the recognition they deserve. I don’t care what anyone else thinks: This is the greatest Irish team ever in any sport.”

This Must Be Irelands Greatest Ever Team (Liam Harbison, Irish Examiner) 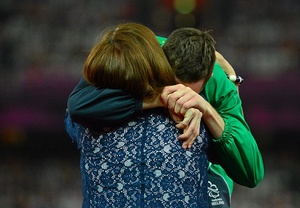 I notice you didn’t report on Michael McKillop winning his second gold of the Paralympics on Monday. He was presented his medal by his Mam so it was a pretty emotional moment.

These superb athletes definitely deserve an open-top bus fanfare for their homecoming (we’re at 9 medals already and only half-way through the games). But, alas, the media really don’t seem to be making enough of their achievements. 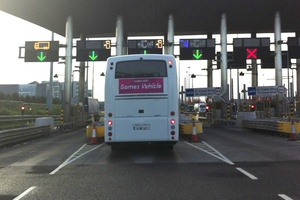 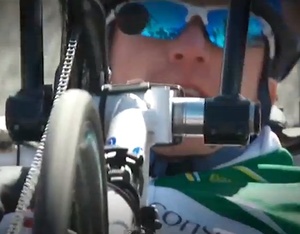 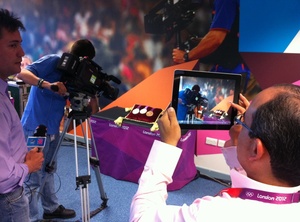 Took this photo while I was working at the 2012 London Olympics. This Joker was backing into my camera position trying to take the picture on his chopping board. 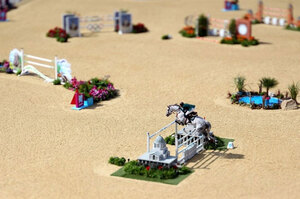 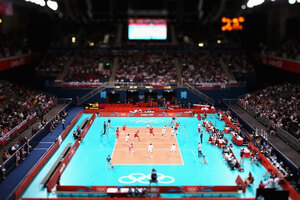 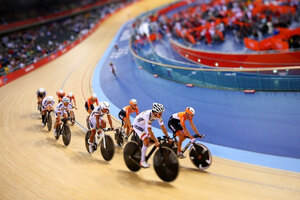 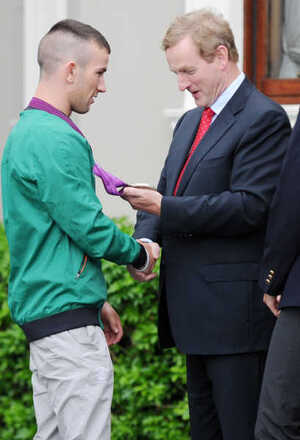 John Joe Nevin with Enda Kenny on Wednesday at Farmleigh.

It’s always a one-way conversation in Ireland. The dismissive cry of “PC brigade” – as though political correctness is a cursed nuisance that stops us from being abusive to vulnerable people – rings out any time a “bleeding heart liberal” points out the systematic discrimination, vilification, and poverty endured by Travellers, and the conversation immediately turns to what Travellers must do in order for the settled community to accept them: they must be free of any taint of crime, the tiny minority of wealthy Travellers must all pay their taxes, Traveller gang feuds must end, and the problem of domestic violence must be curtailed. Although, amazingly, the same problems have also been recorded amongst many settled people, these are indeed serious problems across certain sections of the Travelling community.
owever, if a Traveller commits a crime, the settled community wails that the entire Travelling community are somehow collectively responsible. Travellers, rather than the police force, are told that they themselves must tackle any crime committed by a Traveller, or face the opprobrium of the nation, and legitimately have their genuine social needs for health, education, and housing, ignored. Although they may try, vigilantism is no mean feat for the thousands of law-abiding Travellers who are struggling to simply hold their families together, a struggle that doesn’t tend to leave a lot of time for focus groups, community activism, or even much self-reflection.

Video designer and cameraman Duncan McLean spent the Olympics working for the BBC and has posted this ‘day in the life’ of the Olympic Park. 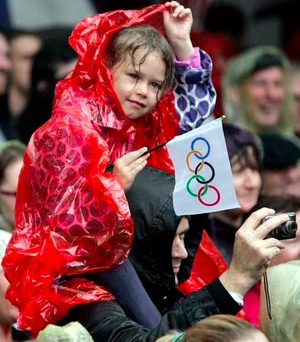 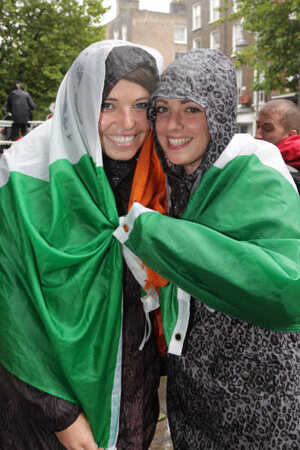 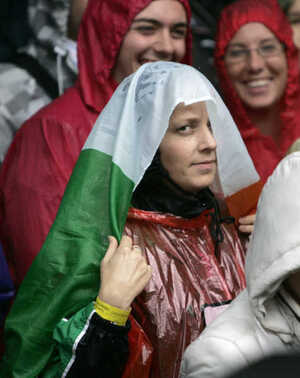 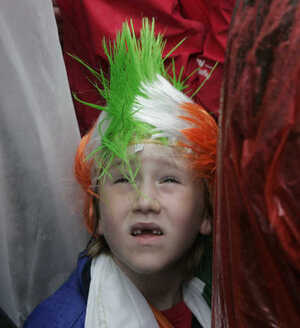 To salute ‘our’ heroes.

And you couldn’t even bother watching it on the telly.

Today on Dawson Street, Dublin, for the ‘Homecoming’.