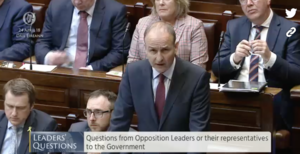 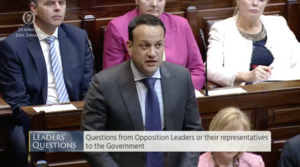 This discussion was then relayed to Denis O’Brien in the aforementioned email of November 12, 2016.

This was reportedly two months before the minister’s plans were made public.

In addition, on December 6, 2016, Minister Naughten told Social Democrats TD Catherine Murphy he had not yet decided if he was going to refer the proposed takeover to the BAI.

Mr Martin claimed the Dáil was mislead and said Minister Naughten should apologise to the Dáil, and correct the record of the House.

“His [Minister Naughten’s] officials in the department must have warned him in advance of this issue, given their experience in relation to the Moriarty Tribunal and the awarding of the State’s second mobile phone licence to Esat Digifone. We know that experience traumatised the officials considerably and obviously left a mark within the department.”

In his response, Mr Varadkar said: