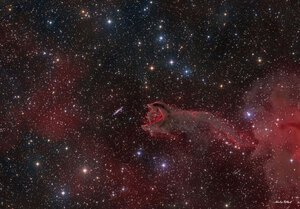 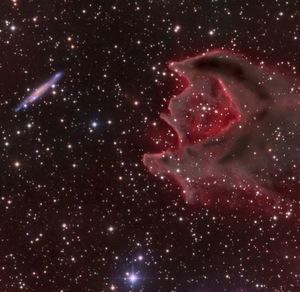 Behold: CG4, aka ‘God’s Hand’ – a ruptured cometary globule, so named because looks like a comet, but isn’t. To wit:

The “claw” of this odd looking “creature” in the featured photo is a gas cloud known as a cometary globule. This globule, however, has ruptured. Cometary globules are typically characterised by dusty heads and elongated tails. These features cause cometary globules to have visual similarities to comets, but in reality they are very much different. Globules are frequently the birthplaces of stars, and many show very young stars in their heads. The reason for the rupture in the head of this object is not yet known. The galaxy to the left of the globule is huge, very far in the distance, and only placed near CG4 by chance superposition. 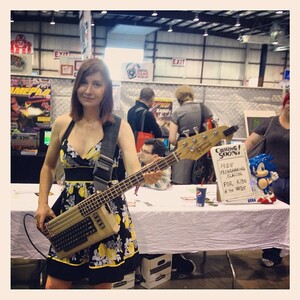