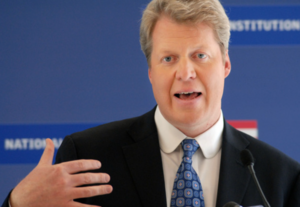 The late Princess Diana’s brother Charles Spencer is to appear at the Dublin Festival of History tomorrow night. Earl Spencer has written a book about the execution of Charles I following the English Civil War in 1649, Killers of the King:The Men Who Dared To Execute Charles I. He will be interviewed by Prof Jane Ohlmeyer, Erasmus Smith’s professor of modern history at Trinity College Dublin.

The interview will take place at 8.30pm in Printworks, Dublin Castle. Admission is free but reservations are essential.