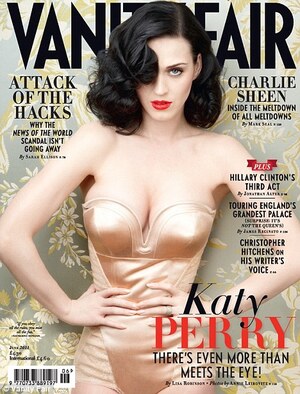 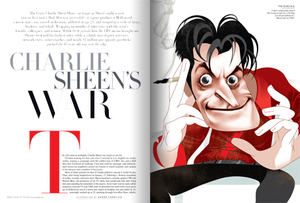 “Don’t ever play poker with him,” says Sheen’s manager, Mark Burg, recalling how, in 2010, he made Sheen’s $100 million deal with CBS between the national anthem and the start of a Lakers game. “Warner Bros. was like, ‘We’re offering a million dollars [per episode] for two years, and nobody walks away from $48 million.’ I said, ‘Guys, he’s going to walk. I’m not bluffing.’” Burg tells Seal that CBS chairman Les Moonves “had two different schedules—one if Charlie didn’t come back,” before he gave in and made Sheen the highest paid actor in television history.

“It wasn’t until the day before the up-fronts that I picked up my son at school, and we were driving to a Laker playoff game, and I had Charlie and his attorney Jake Bloom on speakerphone the entire drive down. At the time they were up to $72 million, a million and a half an episode. Jake gave Charlie a 25-minute speech about how this will set your grandchildren up and you could do whatever you want. ‘This is more than Kelsey Grammer made on Frasier.’

I parked the car, I’m now on my cell phone, walking into the stadium, and Charlie goes, ‘Pass. Mark, it’s a hundred million or I’m not doing it.’ Charlie hangs up, and Jake called up Bruce Rosenblum [president of Warner Bros. Television Group] and Les Moonves and passed during the national anthem. I’m like, ‘Wow, I hope he knows what he’s doing.’ 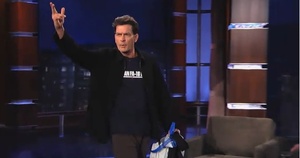 So there’s Jimmy, interviewing Mark Cuban, and then, completely unexpec….WINNING!

There’s hope for Two And A Half Men, yet. Or not.

UPDATE: This ludicrous douchebaggery will go on indefinitely. 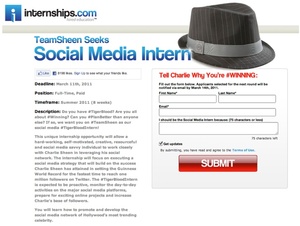 Have you got Tiger Blood? Are you all about the Winning? Fancy being a social intern for the most pig-whimperingly hatstand movie star and coke-hoover on the planet today?

All righty then. Apply here

In other news: Charlie Sheen Fired from Sitcom…Finally (Actress Archives) 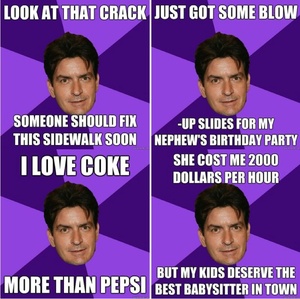 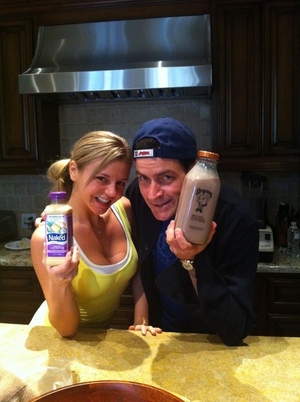 Apparently, Charlie Sheen has never tweeted before. Probably because he so rarely has a hand free. Anyway, this is his maiden tweet, complete with a link to the above twitpic featuring one of his ‘goddesses’