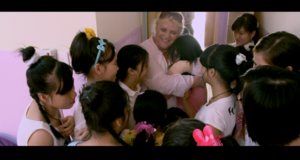 “In a House That Ceased To Be is an IFTA award-winning film which follows the Irish humanitarian and children’s rights activist Christina Noble whose unwavering commitment and selfless efforts have seen her better the lives of countless children since 1989. Her drive stems from a childhood in Ireland fraught with poverty, loss and institutional abuse. Christina remains scarred by the memory of the children she was unable to save, her own brother and two sisters, who she was separated from at a very young age.”

In A House That Ceased To Be will be broadcast on Monday, June 8, on RTÉ One, at 9.35pm 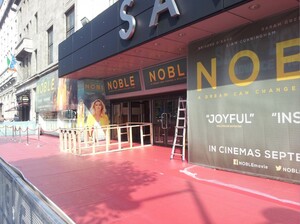 “Setting up for the Christina Noble biopic at the Savoy [O’Connell Street] this afternoon…G’wan the Deirdre [O’Kane, lead actor]…”